Hymns on This Album

"Our hope is to help the church recover the tradition of putting old hymns to new music for each generation, and to enrich our worship with a huge view of God and His indelible grace"

Indelible Grace Music grew out of ministering to college students, primarily through Reformed University Fellowship. (see www.ruf.org ) We saw many touched by the gospel, and gripped by the rich theology and great poetry of the hymns of the Church. As these students began to taste more of the depth of the gospel and the richness of the hymn tradition, many began to join the music of their culture with the words of our forefathers (and mothers!), and a movement was born.

But actually, this is not really a "new" movement at all! Up until the beginning of the 20th century, it was common for people to compose new music for each generation for many of the hymns that they loved. There is no rule that says each hymn can only have one musical setting, and in fact, hymnals are designed for you to be able to mix and match words and music --that's why they have a metrical index! But unfortunately, we lost this tradition and got stuck in a more modern traditionalism of associating one particular tune with one particular hymn. I am reminded of an incident a few years ago at the national meeting of our own denomination after a worship group had played a new version of Wesley's "And Can It Be" (the one that is on our 1st cd by the way.) Many were upset by the new music and one gentleman stood and protested the new music saying that Wesley had written this hymn to majestic music and that he must be turning over in his grave! At this point, the organist for the convention rose and told the man (correctly) that the critic had probably never heard the music Wesley wrote the hymn to (if he even did write it to music when he composed it), and that the tune the man thought was the original was actually a bar tune!

Our goal is not change for change's sake, but to rekindle a love of hymns and to invite many who would never associate rich passion with hymns to actually read the words! We believe that we are impoverished if we cut off our ties with the saints of the past, and that we fail to be faithful to God in our own moment of history if we don‚t attempt to praise Him in forms that are authentic to who we are.

We believe that the words of a hymn actually have more emotional nuance than one piece of music can adequately capture. Thus singing even familiar hymns with different music can bring out shades of meaning that had remained unnoticed. For instance, while the traditional music for Toplady's "Rock of Ages" conveys the power and strength of the words, James Wards‚ more recent tune brings out the sweetness and tenderness that is also part of the emotion in the lyric.

Many wonderful hymns have unfortunately fallen out of use and part of our love is searching old hymnals for hymns and hymnwriters that have been forgotten. How many today have heard of Anne Steele? She was the first female hymnwriter, the first to write hymns of lament without happy endings, and the first to meditate on the inadequacy of human language to express our love to God. Her hymns are incredibly relevant to what we often consider very modern issues and yet most hymnals include almost nothing by her! But when students read her words, now set to music that connects to them, they are blown away. They are able to have the incredible experience of communing spiritually with a saint who lived and suffered 300 years ago in a little town in the English countryside. All of the sudden, the kingdom of God grows bigger for them. They see that the Body of Christ is huge! We hope that you too can experience the "mystic sweet communion" with those who have gone before us!

But our true goal is even more ambitious! We want to be a voice calling our generation back to something rich and solid and beyond the fluff and the trendy. We want to remind God's people that thinking and worship are not mutually exclusive and that not everything worth knowing happened in the last 3 years. We want to invite the Church to appreciate her heritage, without idolizing it. We want to open up a world of passion and truth and make it more that just an archaic curiosity for the religiously sentimental. We believe worship is formative, and that it does matter what we think. So, we hope this site will prove helpful in encouraging and nurturing a growing movement. We want to provide resources such as chord charts, CDs, and useful links. But we also want to share with you the stories behind the authors of the hymns, and in many cases the stories behind the writing of the hymns themselves, as well as theological reflections upon the hymns. We believe that this theological poetry is supremely suited for expressing the seeming paradoxes of the faith that drive us to worship. Our prayer is that Jesus would be made more beautiful and believable, and we have found few things better suited for this than hymns.

"O Love incomprehensible, That made Thee bleed for me The Judge of all hath suffered death, To set His prisoner free!" 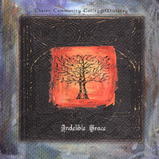